Learn All About Barry's Tea

LEARN ALL ABOUT BARRYS TEA

Find out more about each variety of Barry's Tea. Get facts such as tasting notes, box color, how the tea brews and availability in tea bags or loose.

Barry's blends tea leaves from Kenya, Rwanda and the Assam Valley in India. About 80% of the tea leaves used in blending are from Africa, which provide the best taste when used with Irish water. Each type of Barry's Tea is a different blend of these teas. Blending various types and amounts of tea creates different tastes. Various Irish tea brands blend tea in different combinations. Barry's has approximately 34% of the Irish tea market and behind Lyons, the top-selling brand. Barry's Tea is still blended and made in Cork, Ireland.

Tip When Shopping for Barrys Tea: 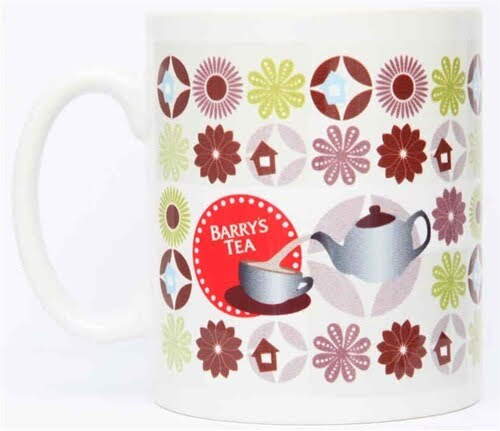 Summary of Varieties of Barrys Tea

Barry's Gold is the company's most popular tea.

Box Color:
Tea Bags comes in a bright red box and the loose in a gold box.

Fun Fact:
Barrys Gold was featured in the St Patricks Day episode of the tv show The Simpsons.

Barry's Classic is a premium tea.

Fun Fact:
Barry's Tea was featured in movie "Mystic River" when a young boy walks into a shop and asks for a box of Barry's Tea.

Taste:
Lighter and more subtle flavor than Gold or Classic.

Fun Fact:
Barrys is well-known for their series of Christmas commercials.

Taste:
Seems like real tea and not missing any flavor.

Fun Fact:
Barrys Decaf was just introduced in the 1990s. 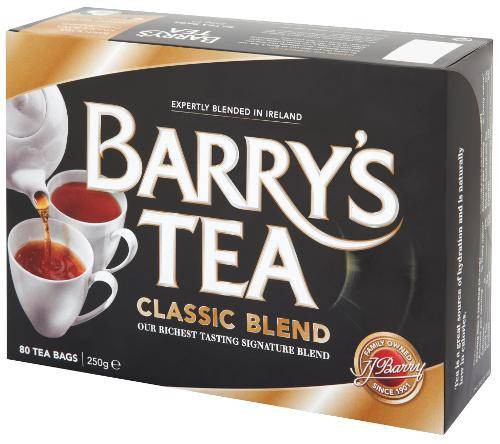 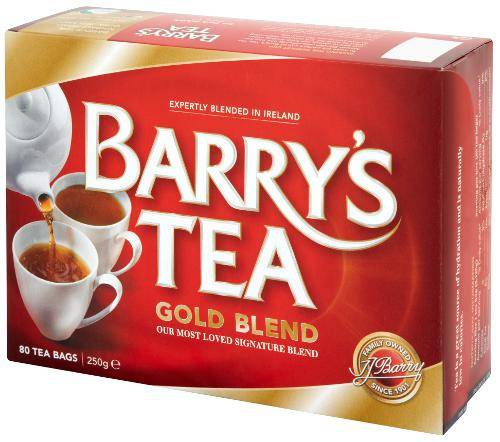 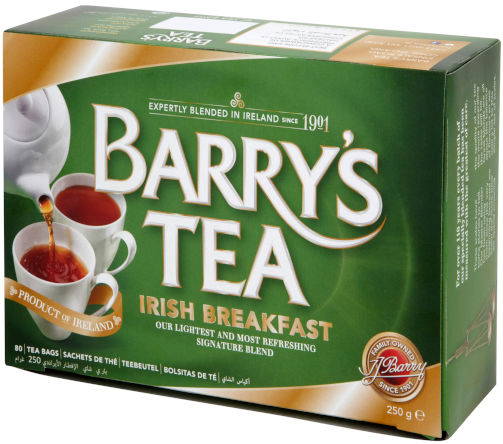 To ensure you have a perfect cup of tea every time, Barry's Tea carefully selects tea from the best tea estates in the world. Barry's Tea is blended mainly from African teas with some Indian teas. The highlands of Africa produce tea year round, which guarantees constant freshness, crucial to maintaining Barry's high standards of quality. One distinctive feature of East African teas is the rich, golden color. Tea from India keeps Barry's Tea rich and diverse.

Barry's tea blenders are experts in their field and have carefully passed knowledge and expertise down through generations, which ensures Barry's always has the highest possible quality standards and the most refreshing tea. 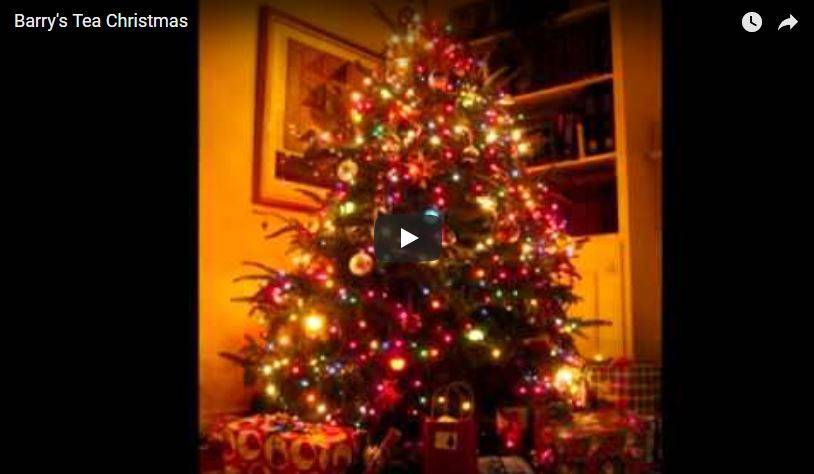 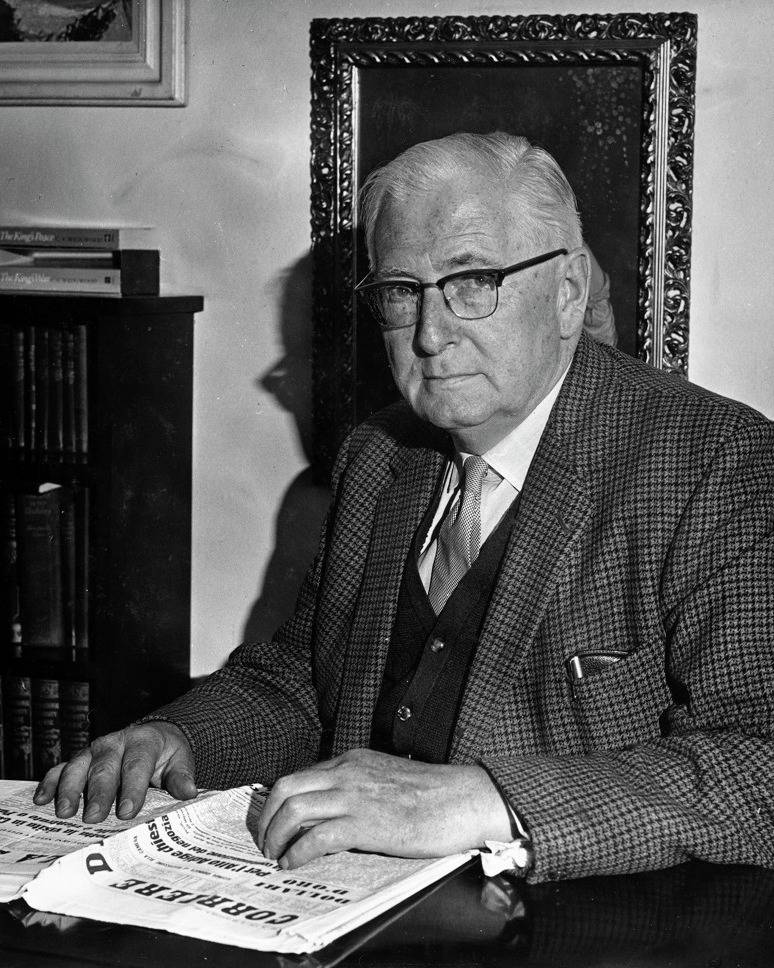 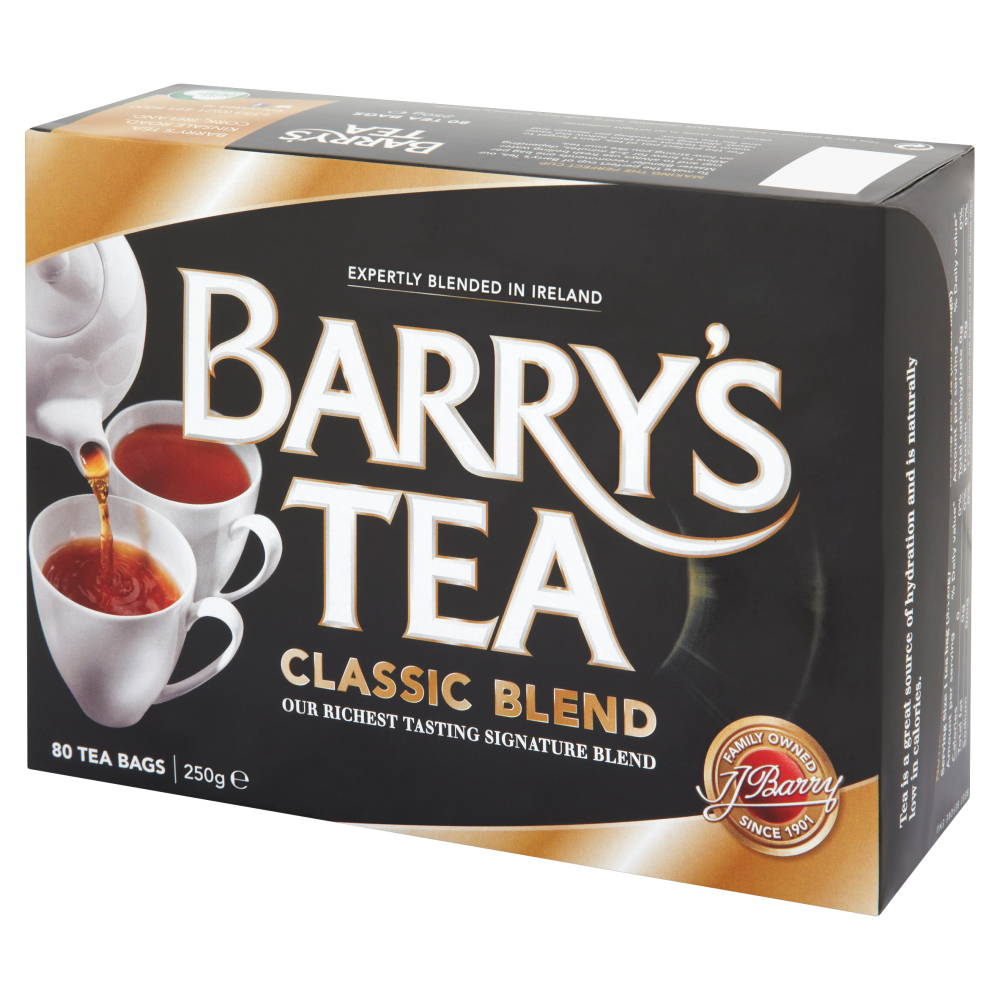 Barrys Classic is a premium tea.

Barry's Tea was featured in the movie Mystic River. 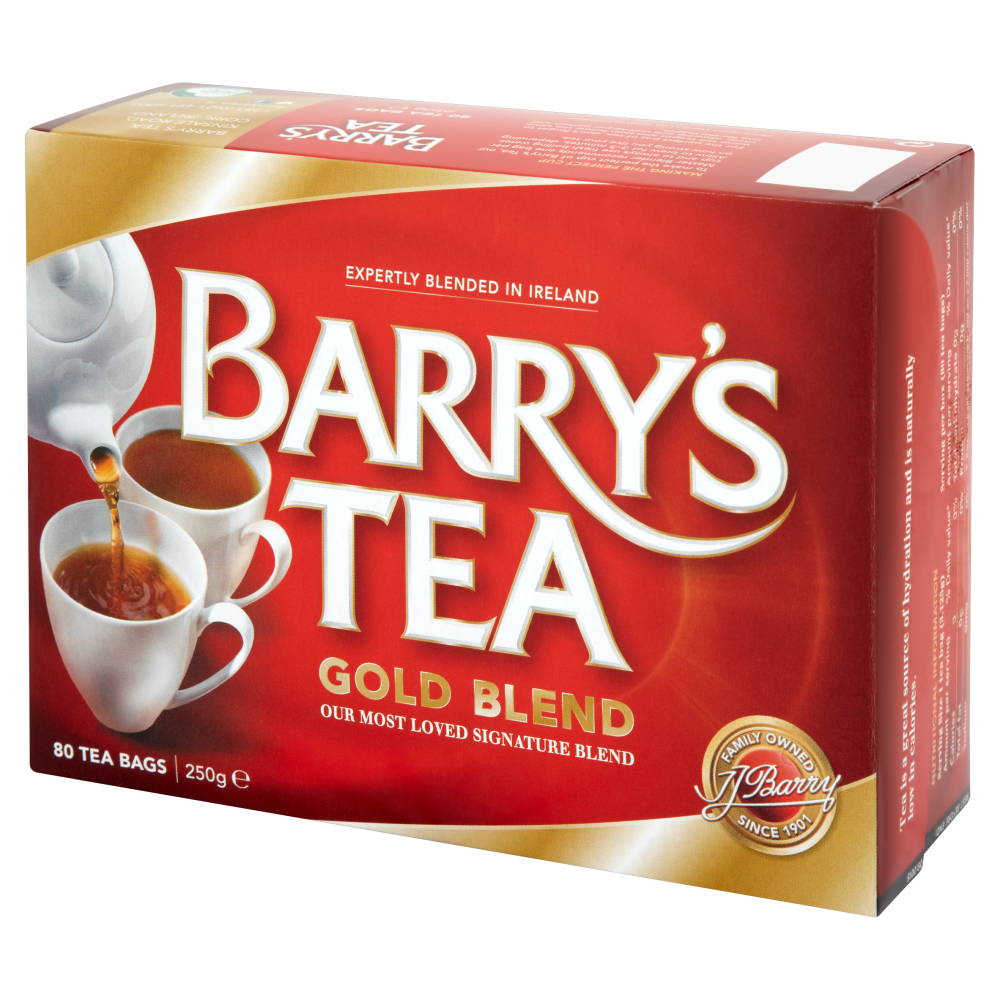 Barrys also offers a range of recipes using Irish Tea. Try this simple and easy recipe for Irish Tea Brack. Tea brack is part cake and part bread. It is great with a cup of Irish tea. Use whatever fruit you like. We used raisins. Get the full recipe on the teadog.com blog.