Your Complete Guide to How Decaffeinated Tea is Produced

Caffeine occurs naturally in tea. For tea to be considered decaffeinated, the caffeine has to be removed.   The tea industry uses 3 main methods to remove caffeine from tea leaves. Tea makers choose either the Carbon Dioxide, Ethyl Acetate or Methylene Chloride method. The method you prefer is a personal decision. 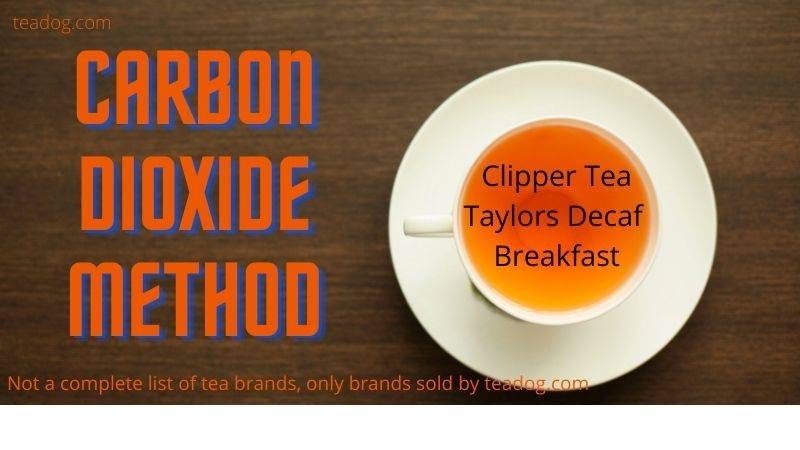 The Carbon Dioxide, or CO2, method is used only by a few brands.   Clipper Tea, from England, is perhaps the best known proponent of the CO2 method. Clipper is one of the very rare tea makers to produce an organic and CO2 decaffeinated tea. Taylors of Harrogate uses it for their Decaf Breakfast, but not for their Yorkshire Decaf, and it is not organic.

Actually, CO2 is the most natural of the three main decaffeination methods. Carbon Dioxide gives sparkling water its bubbles. Because CO2 is a naturally occurring element, it is the most ecologically-friendly method because no chemical solvents are used. But it is more expensive to decaffeinate teas with this method. Tea makers that use CO2 believe the method best maintains the natural flavor of tea. It is not the most popular decaffeination method, partly because of the cost.

In this method, tea leaves are combined with CO2 and brought to high temperature and high pressure.   At this point, caffeine molecules in the tea become attracted to the CO2 and then removed. Caffeine molecules are small and flavor molecules are larger, which means the tea taste remains. For this reason, CO2 decaffeinated teas are believed to have the best tea flavor. 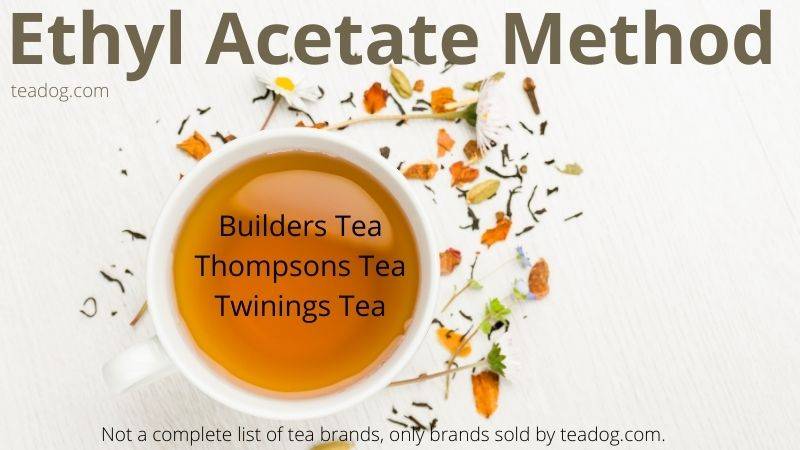 Is the ethyl acetate process actually natural?   You need to judge for yourself. The actual ethyl acetate decaffeination method is the same as used in methylene chloride. 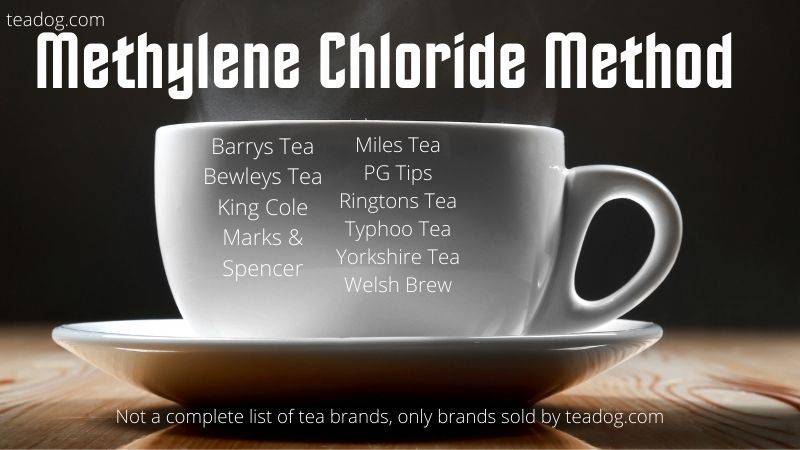 In the UK, for example, methylene chloride is by far the most popular method and used in 99% of decaffeinated teas, according to Infre, a Swiss firm that patented this process and is the main supplier of decaf tea to the British market.

The Methylene Chloride process is used by brands like Bewleys, Barrys, King Cole, Marks & Spencer, Miles Tea, PG Tips, Ringtons, Typhoo, Yorkshire and Welsh Brew. In this method, the tea leaves are submerged in methylene chloride. The caffeine molecules bond to the chemical and are removed. Then, the flavors and oils in the water are returned to the tea.

According to Berkeley Wellness of the University of California, no evidence exists of any dangers to humans drinking tea decaffeinated with the methylene chloride process. 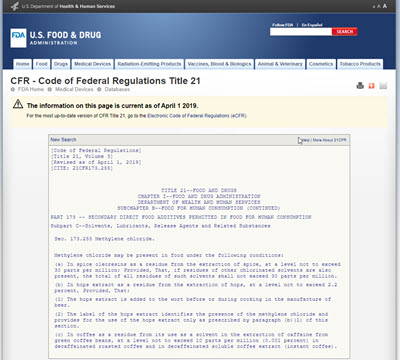 Many myths surround the methylene chloride method. The US Food and Drug Administration (FDA) has approved it for use in decaffeination.   FDA rules limit methylene chloride to less than 10 parts per million, which is .001% of the final product. This translates to .008 of an ounce in a 8 ounce cup of tea. The FDA states that methylene chloride can be present under specific conditions (click on image above). 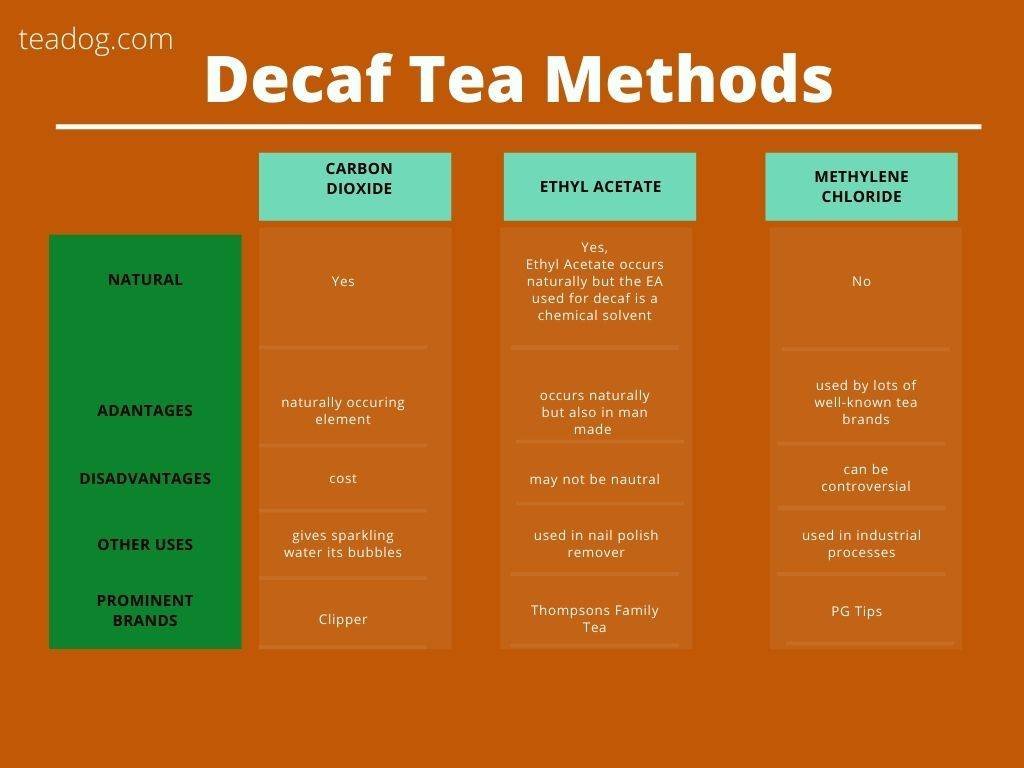 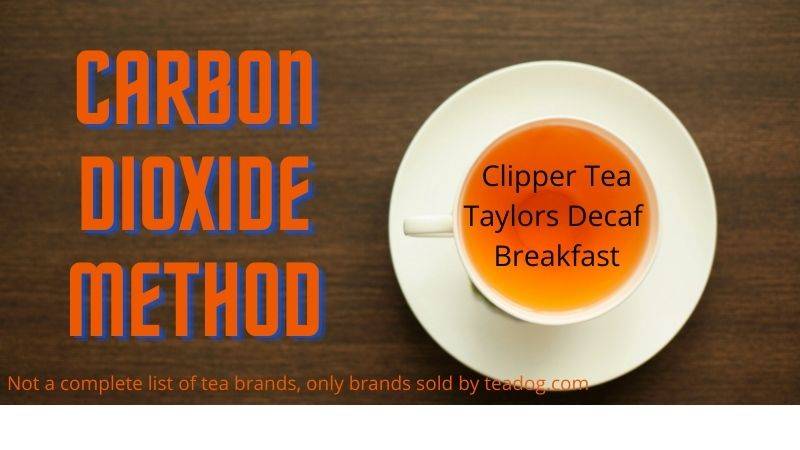 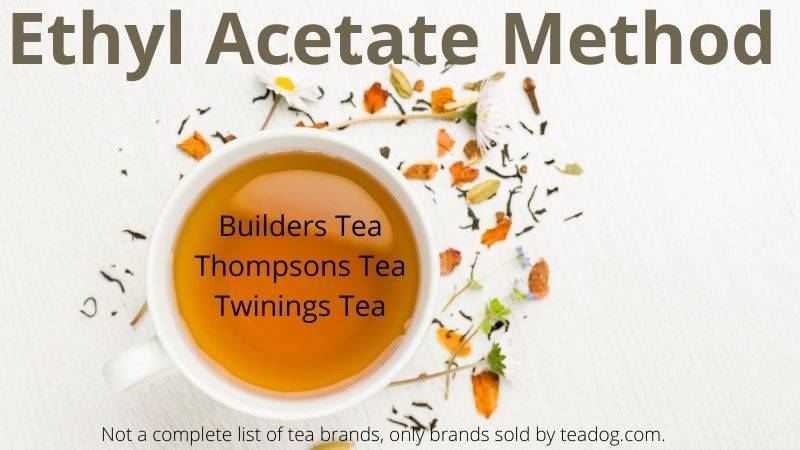 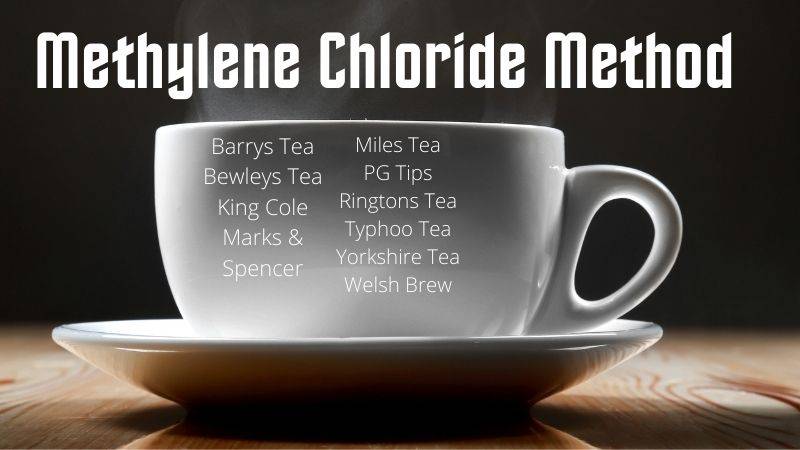 Finally, you may have read about the Swiss Water method or water process for decaffeination. But this is not commonly used with tea and is associated more with coffee. In the process, water is used to remove the caffeine. Today, only a small amount of tea is used with this process. A common complaint about this method is that tea tastes watered down.

Most British and Irish tea brands have a range of teas. These brands blend tea from different regions to produce a specific taste. But most brands of tea only have a single decaf tea.